Skip to content
All WCB students benefit from exclusive discounts on products from Riedel and Coravin, Spanish Wine Scholar and Salut Wine Studio!

Judging at the
International Wine Challenge 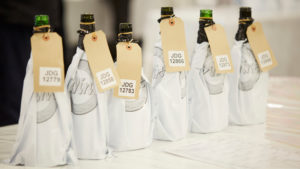 Now in it’s 36th year, the International Wine Challenge (IWC) was started in 1983 by Charles Metcalfe (who remains at the helm and present at all events) and Robert Joseph. A gargantuan blind tasting event, they receive thousands of wines each year to be judged at two two-week long events in London; one in April, the other in November. Each wine is tasted and assessed by at least 12 judges, who work in teams of three to five people doing an initial cull in the first week, followed by subsequent whittling down to the medal winners in the second week. Their approach is rigorous, efficient, cheat-proof… but also a lot of fun. I was there in April for the second time (spot my smiling face on the second row from the front, one place in on the right!), judging for two days of the second week.

First and foremost, judging for the IWC presents an excellent learning opportunity. Everyone in your team has different expertise and experience. I am a huge advocate of learning from your peers and asking as many questions as possible. It’s key to remember that, whatever your experience, you will never know it all! New Zealander Jim Harre (head of the table on Day 1) gave me the inside info on Kiwi Pinot Noir when we had a flight of those to taste. Aussie winemaker David Morrison got quizzed on the use of breathable screwcaps by producers down under when aged Rhône blends came up. Maria Laura Ortiz, who assists running the Sommelier qualifications in Argentina and is based in Mendoza, provided an overview of vintage variation over the last few years in the region, which helped to decode the differences in the wines we tasted. Their insight was invaluable and I came away with new found knowledge I’ve been proud to share with students. 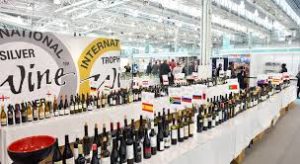 And did I mention there’s wine? As a judge you taste around 60-80 wines per day. Each flight has a different focus (Brazilian sparkling, Corsican rosés, sweet wines from the Peninsula de Setúbal…) and in the second week, you’re only really tasting the good stuff (the bad having been rejected the week before). Lots of these categories are wines I seldom (or never!) get the chance to taste. So once again it’s a huge learning opportunity for building up your knowledge and experience of different regions and styles. I even discovered a few new loves! The top wine of Day 2 (and given a special mention in the IWC 2019 Highlights) was an Etna rosé made from nerello mascalese. The results have revealed it was Torre Mora’s Scalunera Etna Rosato 2018. Grab your bottle from Tannico. Provided with information on grape varieties, vintage and region (but not price point), judges have enough context to decipher how a particular wine fits into the wider category, but are otherwise tasting completely blind. The result? Awards given to those wines that truly deserve them, not just the important names.

Such an event inevitably leads to a lot of landfill: bottles, corks, screwcaps, boxes, packing materials… Or not necessarily. The IWC recycles EVERYTHING (including 9 cubic metres of actual wine). In 2014 they recycled 55 cubic metres of polystyrene to make insulation for houses. And if that’s not a reason to raise a glass of Etna rosé, what is?

Do you work in the wine trade? Do you want to grab a glass and get involved? If you have a minimum of WSET Level 3 certification and industry experience, you can apply to become a judge by clicking on this link to visit their site. See you there!

More articles from our blog

Vila Viniteca Cata por Parejas: How does it work?

Grab a glass, get involved!